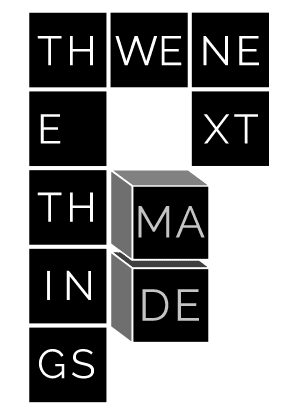 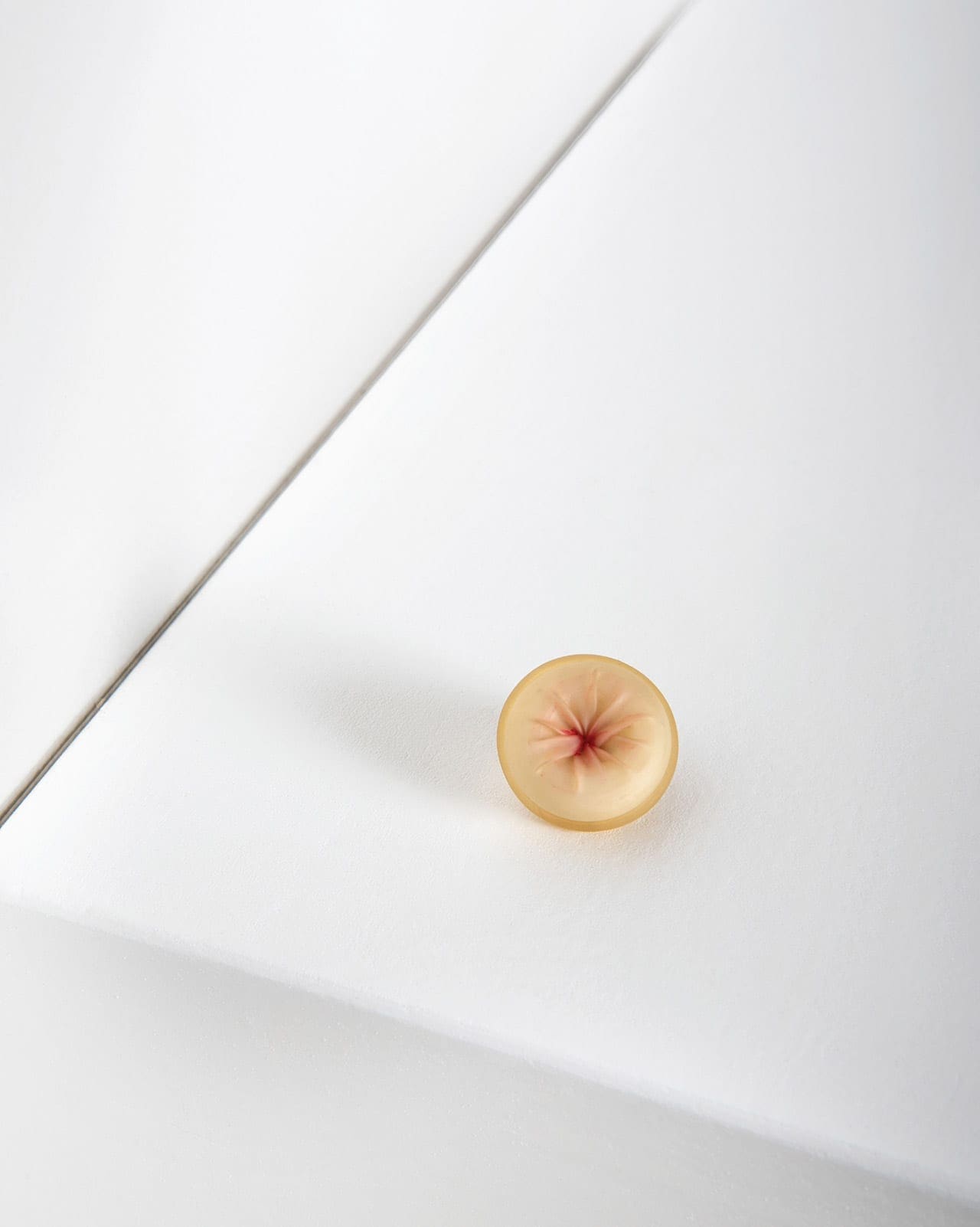 don’t be an arsehole

THE DONUT SWALLOWS THE HOLE

We tell our stories and truths in our own words. We define who we are and our place in the world. We fight to be seen and heard. We live in defiance with joy and radical acceptance. I too am tired of defending my worth every day to people obsessed with having everything faster, shinier, newer. What can we do? How do we love and hold each other up so we keep on going as a community? How can we harness our imagination to create a world that we want to live in right and in the future? – Alice Wong, Assembly For the Future, July 6th, 2020.

In 2020, then Disability Justice advocate Alice Wong engaged in a little creative time travel and delivered a stirring warning to humanity from the year 2029. Proclaiming herself The Last Disabled Oracle, she spoke at the inaugural Assembly for the Future, in the midst of the COVID-19 pandemic, and painted a chilling picture of the path gene editing and a misguided quest to “perfect” humankind would take us on. That landmark speech set in train a series of events that ultimately led to the transition of the Rebel Alliance into the formation of The People’s Tribunal, which, as we know, has made a truly representative form of democracy possible.

As the virus illuminated society’s inequities and fault lines, Alice imagined a new world based upon social justice for all, a vision that proved so captivating, a global organic movement formed around it including Alice’s own Disabled Oracles Society. While she sounded the alarm of what was at stake in the developing frontier of genetic engineering, humanity awoke to the shocking realisation that we risked having our very humanity stripped away.

In the midst of the upheaval of the pandemic, economists baying for the sacrifice of human lives in the name of this intangible entity, the economy, gradually awoke the populace to the rigged system they’d been victims of. One mid-pandemic newspaper headline laid bare this illusionary dissonance. “Economy to bounce back, jobs and wages won’t.” What was this cruel master that needed to be fed the bodies of the marginalised and immuno-compromised and how many of us had to realise we were being relegated to the margins to bring an end to this de-humanising system?

This process became known as “the donut effect”, first espoused by urban planners in the 20th C and popularised in the cultural sphere by Sydney Festival director Wesley Enoch, where society’s centre began to appear increasingly empty or hollow, a moral vacuum, and its real substance, its heft, its essence and tastiness dwelt in the outer circle, the margins. As various marginalised communities formed connections and shared resources, the hollowed-out centre felt its moral authority evaporate, while marginalised communities discovered their combined energies represented a formidable force for change.

A loose alliance of disability advocates, environmental and social justice activists, Indigenous leaders, refugee groups, migrant communities, artists, the under-employed and the homeless, those who have battled addiction and mental health issues, came together in the wake of the Pandemic, harnessing the momentum of community building and grass roots activism the virus inspired. This potent intersection formed the basis of the Rebel Alliance.

As we wrestled with a rolling series of crises through the 2020s, environmental, economic, social and health-related, those on the margins seemed to have the firmest grip on the solutions. Those who had suffered, endured, known deep pain, and felt society’s disdain and neglect, it was these communities who arose and were best equipped to live with the uncertainties of the age. Instead of being seen as “vulnerable,” those on the margins seemed to channel ancient traditional wisdom in converting poison into power, proving that those who had suffered most at the hands of a cruel capitalist system were best qualified to heals its wounds and guide us to a better future.

Alice Wong’s Disabled Oracle Society seized its moment in the public debate around gene editing to inspire new definitions of health, a new appreciation of difference, new concepts of time and human value and highlighting the interdependence of these marginalised communities. As the economic establishment put forward chilling assessments of who was considered dispensable to the machinations of the capitalist system and who was not, it was glaringly obvious that this system no longer served the people, in fact, we were required to serve it or be rendered obsolete. The rise of gene editing was soon seen as nothing short of cultural genocide.

What arose out of the pandemic and the societal soul-searching it inspired, was a heightened sense of community and a regard for the special skill sets acquired by and required of those formerly shunted to the margins. As entire populations were pushed into states of vulnerability and uncertainty, the resilience, patience, strength and perspective of marginalised communities were recognised as guiding principles for a new paradigm.

While capitalism and colonialism had required a speeding up of time, with their ruthless notions of productivity and growth, the post-pandemic world view re-claimed an alignment with the natural rhythms of time evident all around us in seasonal cycles, organic and circular processes of growth and decay. The enforced isolation and slowing down of pandemic lockdown allowed humanity to fall back into synchronisation with these natural rhythms, stirring deep ancestral memory when society’s cues were taken from the appearance of a particular flower, the migration of animals, the availability of seasonal foods. Once felt, this generational wisdom could not be un-known and the false gods and artifices of capitalism, perpetual growth and market forces soon fell.

The Rebel Alliance emerged as a guerrilla movement with no less an ambition than the overthrow of capitalism. But rather than fighting an entrenched economic system, it soon evolved a strategy of by-passing it altogether, of forging a society where inter-connected communities met each other’s needs in healthy symbiotic relationships rather than throwing money at having them inadequately papered over by consumerism, uncaring corporations and shiny trinkets. The result was a quantum leap in human consciousness and empathy that recognised our shared fate as single cells in the greater organism of humanity.

The shared values of the Rebel Alliance spread so widely and were embraced so universally that the hollowness at the centre of the old system’s donut became un-ignorable and un-sustainable. Like the emperor with no clothes, once it was pointed out it could not be un-seen. And so, the Rebel Alliance’s principles of collective action and community empowerment became enshrined in the formation of The People’s Tribunal, which soon became an essential layer of veto in our governance systems. Randomly selected community members convened to discuss and debate critical societal issues and make recommendations to government that truly reflected community standards freed of the corrupting influence of lobbyists and vested interests. The donut had swallowed the hole. In its place nothing less than a new definition of wealth evolved. As anthropologist Wade Davis wrote in a blistering analysis of the decline of the US at the height of the 2020 pandemic: “The measure of wealth in a civilized nation is not the currency accumulated by the lucky few, but rather the strength and resonance of social relations and the bonds of reciprocity that connect all people in common purpose.”

Today, we celebrate this evolution in our collective decision making and the empowerment of communities to truly determine their own destinies – in which every voice is heard, all lives are valued and no one is left behind. The results have been profound – a restoration of faith in our governance systems, adequate protections for the environment, the safeguarding of human rights, a heightened regard for the humanising role of the arts in society, the wisdom of formerly marginalised groups brought to the fore, the rise of a new spiritualism that relies not on the dogma of any one religion but the unifying humanitarian principles they all share. The catchcry of the Disabled Oracles Society grew into a mainstream chorus, “Nothing about us without us.”

The struggles and hardship of this inspiring movement, the ancestors and elders of marginalised communities, have brought us to a brighter future but there remains much work to be done. From each of us is required a searching self-awareness, a transcendence of self-interest, a heartfelt embrace of the common good. Today, just as we celebrate the progress made together we here, at The New Sun Times, re-commit to the arduous journey ahead to complete this societal transformation.

ARTIST’S STATEMENT
What happens when a donut swallows its hole? Think about it, picture it, what does it look like. The donut circulation disappears, a black hole appears. In this ever-changing world caring for others strengthens our humanity. Every voice is heard, communities are connected, and everyone is part of the flow.

This pin is a little reminder ‘don’t be an arsehole’.